History of The Barter System? 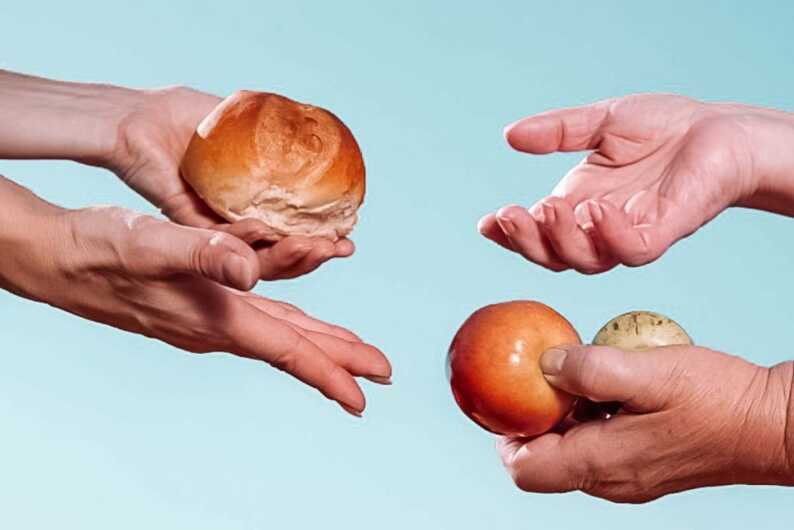 As the world of commerce evolves and businesses strive to keep up with the ever-expanding menu of growing electronic payments, one method of payment between small firms has made a comeback called barter.

You’ve bartered if you’ve ever swapped your commodity with any of your friends in exchange for one of theirs. Bartering is the exchange of goods or services with any other person without the exchange of money. Early civilizations relied on this form of trading. Barter system has been in existence for a long time, but it is not something that a community or economy has always relied on.

Let’s start by understanding what the barter system is before indulging in its history.

What is a barter system?

Barter is a method of trade in which commodities or services are directly exchanged for a specific amount of certain other products or services. It is an archaic form of payment. People traded products and services for other services and products that they needed.

Barter existed long before national or global currencies. There were merely a few ways to make purchases before structured economic systems that established paper money as the measure of the worth of one’s products or services under the supervision of governments and banks. Trading services and goods for grams of gold, copper, silver, or valuable jewels was a widespread method of commercial exchange. Because not everyone had access to these commodities, barter trade became quite popular among ordinary people.

The History Of The Barter System

Here is a brief history of the oldest form of trade.

As evidenced by human history, in ancient times, early humans had few requirements. They dressed in leaves and animal hides and ate animal flesh and fruits. Because their wants were restricted, there was no need to exchange commodities.

As the population grew, they had to travel considerable distances to search for food. They began to form groups. Each group stuck together while transiting and hunting, and they avoided any interaction with the other groups. Inter-group interaction gradually developed, paving the way for the trading system. They began exchanging their commodities for what they required. This type of transaction was mostly used to meet basic requirements such as food and clothing.

People began settling down in locations after years of nomadic life, wherein they began producing plants and rearing farm animals. People began to develop various skills as agriculture and farming flourished. There was plenty of food, and people had ample time to do other things like carpentry, pottery, weaving, and so on.

With surplus goods on hand, the trading system thrived. They began exchanging surplus items for products they required. For example, a hand-made spear in trade for a woven fabric, a calf in exchange for a cereal sack, and so on. Services were exchanged in addition to products. People began to travel large distances to trade goods.

Even though people were already indulging in the exchange of goods and services, this practice wasn’t introduced as bartering or a barter system for a long time.

Bartering has a long history dating back to 6000 B.C. and it is believed that mesopotamia tribes are the ones that invented, introduced, and promoted the barter system and made it an official method of exchange.

The Phoenicians then adopted this approach, bartering their goods with individuals in other nations located across the oceans. Babylonia also developed a better bartering system.

People used to trade their items for guns, tea, wine, spices, and food. Human skulls were sometimes used as barter. Salt was yet another hot exchange item. Salt was so precious at the time that Roman troops were paid in salt. At this time barter was referred to as ‘silent barter’ since.

Europeans traveled all over the world in the Middle Ages to trade crafts and furs for silks and fragrances. The colonists traded musket balls, wheat, and deer skins.

The fundamental disadvantage of this system was that there were no standards for determining the value of products and services, which led to disagreements and fights. These issues were resolved with the introduction of money, but bartering did not disappear after money was developed; rather, it became more organized. 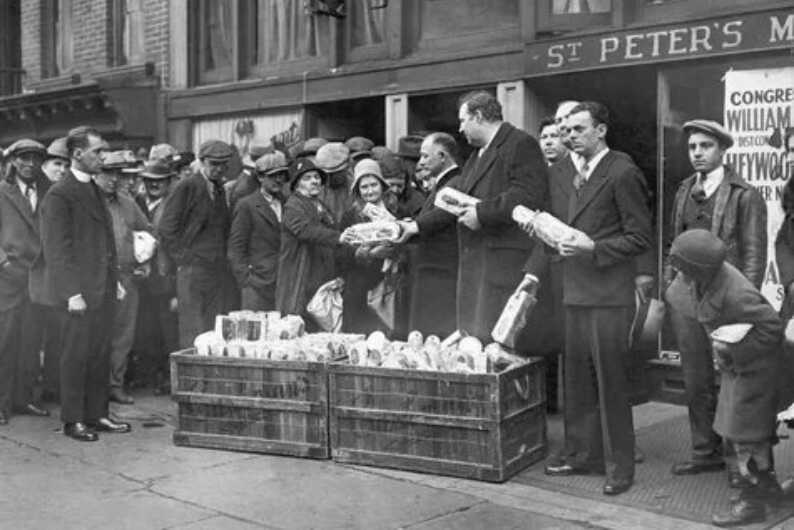 Even after the invention of money, the barter system became widespread during the Great Depression in the 1930s, due to a lack of funds. It was used to obtain food, as well as a variety of other services. It was done in groups or amongst individuals who acted similarly to banks and facilitated third-party bartering.

Even though trade was done by barter, people began to have issues with the system. To swap an item, the seller must have the particular good that the buyer requires, and vice versa. This wasn’t always the case, which resulted in double coincidence of wants. As a result, people began amassing certain precious items that were acceptable to the majority. They featured salt, metal, agricultural animals, and other materials such as shells, animal teeth, animal skins, feathers, and so on were also utilized as money.

This became possible once they agreed on defined values for these items and agreed to use them in trade. However, carrying and using these materials became challenging. As a result, traders desired a means of exchange that wasn’t perishable and convenient to transport. 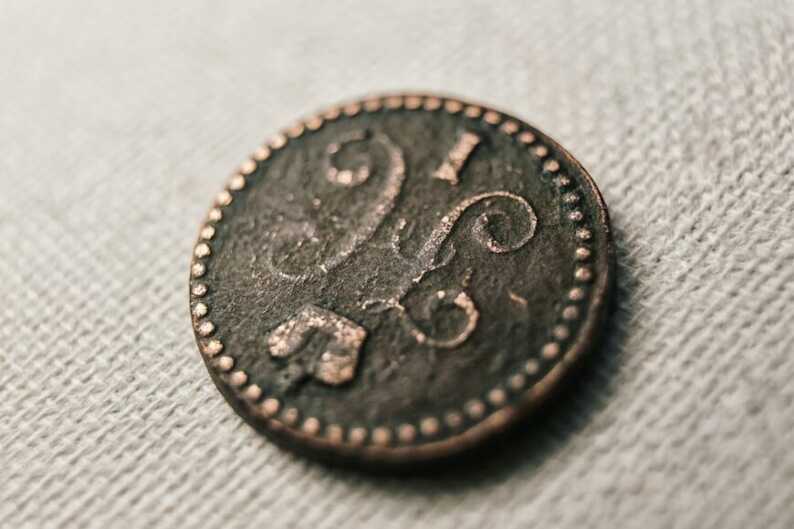 Finally, the bargaining technique took a back seat and gave way to the coin-based cash economy. Coins, often known as metallic cash, date back to the sixth and seventh centuries B.C. One of the most significant financial breakthroughs in the ancient world was the rise of money. This breakthrough eventually led to the emergence of currency and banknotes, now known as money.

Advantages And Disadvantages Of Barter System

Although barter is a simple concept, it still has pros and cons. They are as follows:

The following are some of the benefits of the barter system:

The complicated intricacies inherent in the current monetary system, as efficient as it is, cannot be dismissed. On the contrary, the barter economy is devoid of any danger. It entails a direct exchange of commodities.

There Is No Real Power Concentration.

There is a threshold beyond which commodities cannot be held/stored, therefore, high wealth concentration is a rare possibility.

There Is No Overexploitation Of Natural Resources

People in a barter economy tend to be jacks of all trades. Individuals attempt to make or manufacture utility items on their own. The quantity of production is sufficient, but not abundant. As a result, deterioration and unethical exploitation of natural resources are kept to a minimum.

Cons Of The Barter System

The main drawback of the barter system is that it necessitates a double coincidence of want. For instance, if you are a grain producer, and you want an apple, but the apple farmer wants rice rather than wheat, you will first need to go to the rice producer and purchase rice from him or her, and then you can buy an apple in exchange for rice.

As a result, the barter system wastes a lot of time looking for the other side that wants the same commodity you have to offer and requires multiple exchanges to complete a trade.

Another drawback of the barter system is that, since there is no store of value, everyone has to keep their produce in tangible form. There are numerous practical issues associated with storing perishable goods, transporting goods, wastage of goods caused by natural disasters, and so on, which isn’t the case when money is employed as a means of exchange because individuals can store and use the money whenever they want any good or service.

Another drawback of the barter system is that a large product cannot be split into smaller products. For instance, if a cow owner wants to buy one sack of wheat but the wheat owner is offering five bags of wheat in return for one cow, the cow owner can’t cut the cow into five pieces to buy five different things. This dilemma can only be remedied if there is a medium of exchange present that can be divided according to the needs of an individual, which in the modern economics is money.

Despite its inherent restrictions, the barter system has expanded and become usable in today’s society through the usage of barter exchange groups. The future of bartering is also linked to the advancement of internet-based technology and rising globalization. The internet gateway has pushed the once crude barter system into a global type of trade known as the “massive barter economy.”

For example, during and after the pandemic, swapping and swap markets became a more widespread version of the bartering system, which is more informal than that of professional barter exchange groups. Such informal bartering systems enable people to exchange products of equivalent value on a trust basis, typically through internet forums and online auctions. 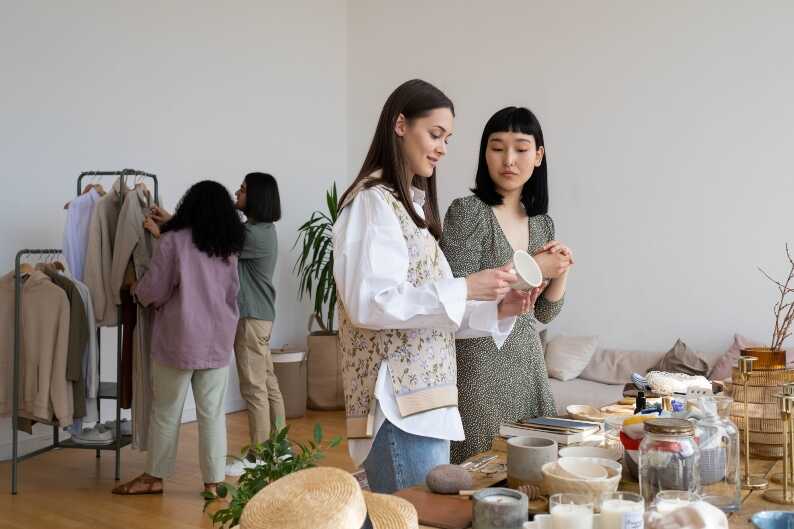 Sites for swapping apparel, books, films, games, music, and online trading for kids and teenagers are examples of swapping communities. However, some of these sites have created a type of “money” that can be swapped for things on the site, like “swaps.”

Internet-based barter sites have enabled not only people but also corporations and organizations to connect on a worldwide scale, removing any previous barriers to trade. This new type of internet or “cyber” bartering is much more developed than the contemporary bartering method since it includes a commonly recognized unit of account or “trade credit.”

Trade credits ensure the survival of global bartering by removing the need for smaller international firms to create the otherwise most generally accepted mode of payment for products and services, US dollars. The increasing global barter community has proposed that future technological breakthroughs will allow the current ‘money’ system to be substituted with an upgraded trading mechanism.

Such money or currency removal through bartering may have its advantages. However, given the intricacies of human civilization and the government’s reliance on money to provide services that benefit society as a whole (as well as itself), it seems that barter alone would never suffice.

People’s needs were quite restricted before the dawn of civilization, so they used to exchange their goods for other people’s goods or services. A barter system is a method of trading in which commodities and services are directly exchanged for one another without the use of money. Barter is only conceivable if people’s wants are low, the region of the transaction is small, and people live a modest existence. The barter system was fraught with issues. As a result, this system of trading was progressively superseded by the money system of exchange.

Bartering might have made a comeback in recent times, but it will never wholly replace the money system anytime soon.