How Is Barter Trade Good For An Economy

The barter system is one of the oldest form of trade that has existed since ancient times. It refers to the method in which commodities or services are exchanged without using currency or any other monetary instrument.

In simple terms, it entails a direct trade of goods without the use of money, where the exchange of commodities is reciprocal between the two parties. The transaction is structured in such a way that each side receives what they desire in an equal proportion to what they offer in exchange.

A barter system is simple to understand. The parties involved bargain and exchange one valuable thing for another. In most cases, barter takes place between two parties, known as bilateral barter. In some other cases, however, it could also involve three parties, known as triangular barter. Sometimes, even more than three parties are involved. In such cases, the barter exchange transaction is known as multilateral barter.

Bartering involves the double coincidence of wants and the mutual valuation of those wants. A shepherd, for example, can barter his wool to a farm owner in exchange for wheat. However, the number or volume of the same necessitates negotiation and agreement from both sides.
This negotiation is based on the parties’ wants and needs, as well as the timing of the deal. In the winter, the shepherd may have an advantage in the negotiation, whereas in the summer, he may have to concede for less wheat.

Just about any goods and services can be bartered if both parties agree on the terms of the transaction. Individuals, corporations, and governments can all benefit from cashless transactions, especially if they do not have enough hard currency to acquire products and services.

When two individuals have the items or can provide the services that the other desires without exchanging money, both parties decide on and establish the value of the goods. This ultimately results in the exchange of the agreed-upon quantity, known as barter.

When a company cannot afford to acquire goods or services with cash, it will exchange goods and services with others of equal value. The most common type of B2B bartering is the exchange of advertising space or time in each other’s commercial venues.

To manage debts, governments frequently swap items for the ones they most need. As an example, a country may consider exchanging oil for food. This type of international trade assists countries in managing trade deficits and, as a result, lowering their indebtedness to the greatest extent possible and gaining back their economic power.

Although the barter system originated in a time when there was no money or monetary system, it is still quite popular in modern society. To tackle the financial crises that have occured in the past, small companies have turned to modern barter exchanges like online barter trading. This aids businesses by putting underutilized inventory to use and attracting new clients to their products, resulting in strong future returns. Modern barter exchanges have solved a variety of problems that were plaguing barter transactions in the past.

What were these problems? Let’s find out.

Why Did Barter Lose Its Luster?

Many factors contributed to the downfall of the old barter system. The most significant disadvantage was the rise in disagreements and fights among barterers due to the lack of precise standards for determining the exact value of products and services.

Another concern was the growing misalignment of the parties’ needs – the commodity desired by one party was not always available to the other party. The double coincidence of wants became more and more difficult to achieve as economies and populations grew. The traders also had difficulty preserving items for a long time because most of these material items were perishable in nature and were only fit for immediate exchange.

With the introduction of money, these issues were addressed. However, bartering has persisted in some form and has seen a revival in recent years due to the benefits it provides to individuals, businesses, and especially economies. Some of these benefits are discussed in the following section.

The following are some points that outline how barter trade can be beneficial for an economy:

No Use Of Money 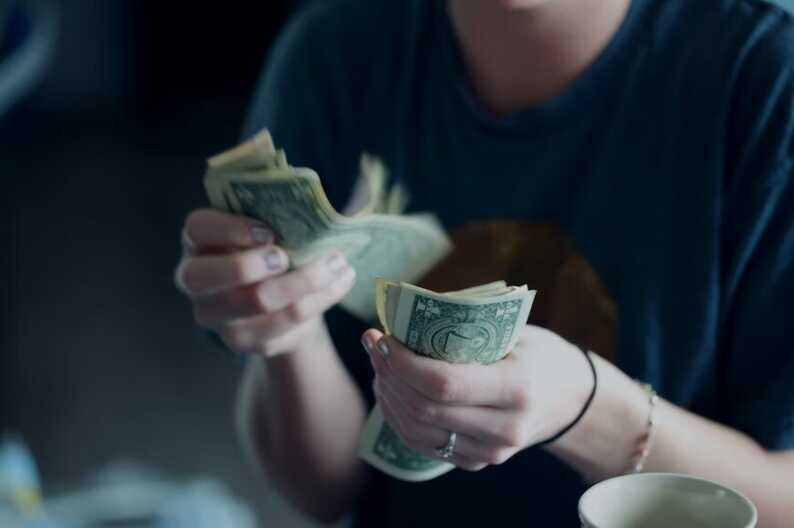 The monetary system is full of complexities that can reduce the number of economic transactions, slowing down economic growth. Bartering, on the other hand, is quite a simple system. It facilitates the exchange of goods and services without the use of money. This doesn’t just make transactions of commodities and services simpler, but can also help businesses and individuals save money by reducing the cost of doing business and becoming (somewhat) financially independent.

The barter system enables good financial budgeting by exchanging less important items for prioritized services and goods. Simultaneously, cash can be saved for expenses that cannot be met by bartering. As a result, budgeting for all costs is simplified.

Compared to money transactions, the barter ecosystem allows merchants to trade without cash and enables traders to develop a better psychological understanding and relationships. As a result, it promotes the growth of corporate networks and contacts.

One advantage of the barter system is that the complex problems associated with foreign exchange and international trade (prevalent in the monetary economy) are avoided. There is less chance of extreme concentration of wealth in the hands of a few people/entities because different people/entities specialize in different work. Nobody can control everyone’s fortune, as is the issue with the monetary medium.

By trading things in equal quantities, bartering can result in the most effective utilization of resources. It can also help economies achieve equilibrium, which happens when demand and supply are balanced.

Let’s understand this with a simple example: in the 1920s, the Weimar Republic suffered a hyperinflationary crisis that rendered Deutschmarks (the official currency of Germany in 1948) nearly worthless. Many Germans decided to indulge in barter transactions until the economy could recover.

Small businesses play an important role in the economy by creating jobs and providing services to the communities. However, many small businesses struggle to get by financially because they are not profitable enough to charge their customers competitive prices. As a result, small businesses find it challenging to compete with larger firms that do not operate under the same constraints.

Barter trade is as important today as it was in the past. Previously, bartering was a necessity due to a lack of money. However, in today’s world, individuals, corporations, and nations have acknowledged the importance of preserving and managing money. There is no better way to accomplish this than using a barter trade strategy.