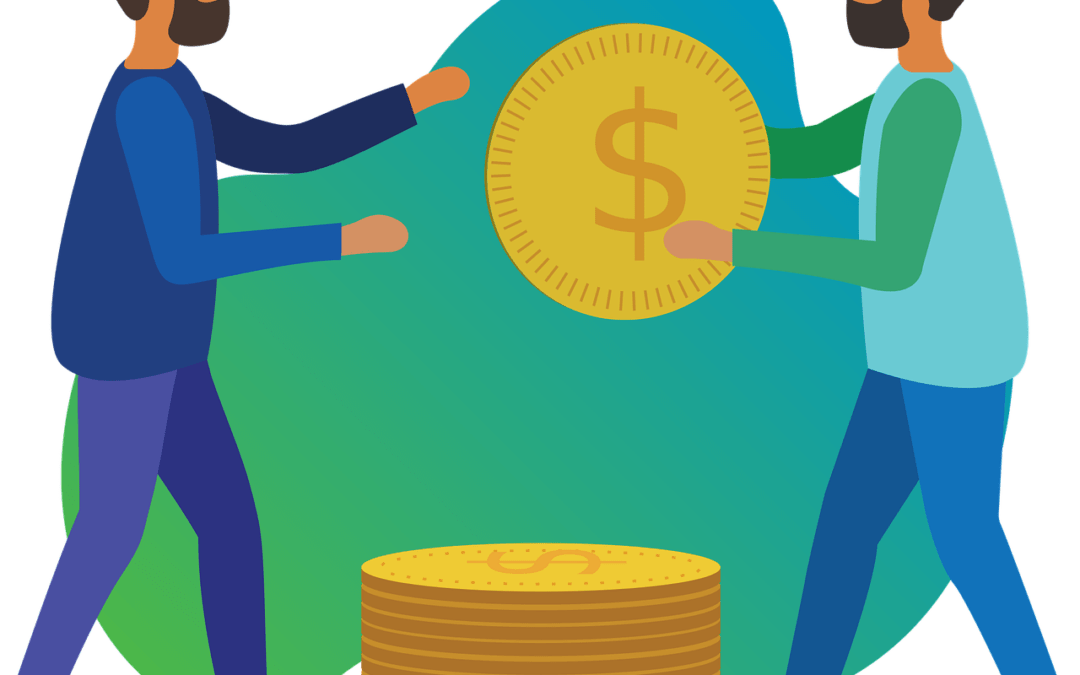 You have bartered if you ever exchanged toys with a friend in return for one of theirs. Bartering is a non-monetary exchange of products or services between two individuals. Ancient cultures depended on this kind of trading. Even in contemporary civilizations, this kind of exchange remains important. Although bartering has been around for an extremely long period of time, an economy or civilization has not always relied completely on it.

The modern era of digital currency is the result of generations of a growing economic model, which has its origins in the archaic idea of barter. Barter was simple and typically only required two partners, but it was incredibly ineffective. But what is bartering and how does it operate? What distinguishes it from currency exchange? Let us investigate.

The Concept Of Barter System

Bartering refers to a cashless direct exchange mechanism, usually without any tax implications, in which two people directly swap services or goods without the use of currency. Bartering is still common in the current corporate sector, usually in the form of exchanging space, services, or commodities. It could remind one of medieval markets. For instance, a design firm might provide a branding consultancy in exchange for some studio sessions.

Recently, barter exchange has resurfaced utilizing more modern methods to facilitate exchange, including the Internet.This practice used to include people living in close proximity, but lately bartering happens between people all around the world. The worth of the objects being bartered can be agreed upon with the other participant. One benefit of bartering is that no money is exchanged. By swapping a product you already own and yet no longer desire or need, you can purchase new items. Internet auctions and exchange markets are typically used for this kind of transaction. 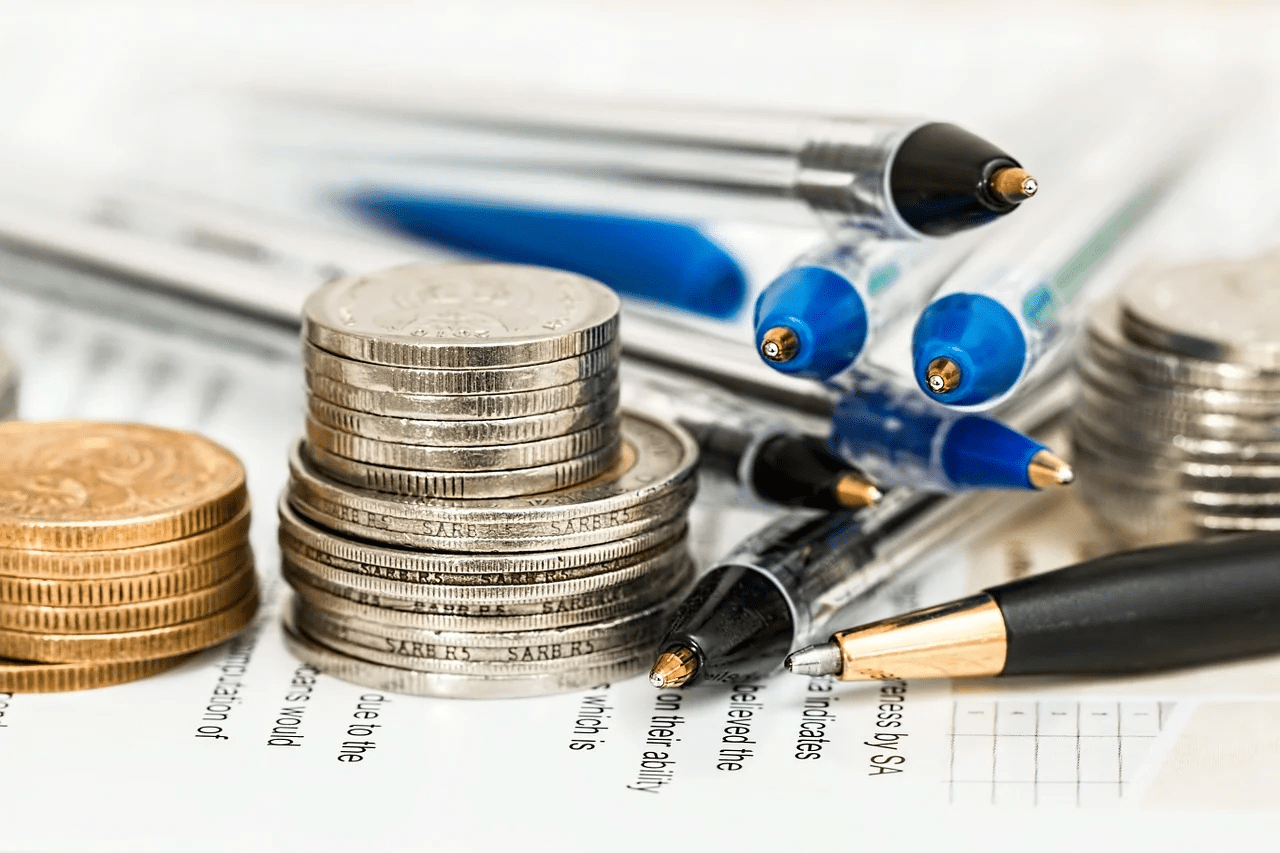 Barter exchange has a long history that begins from 6000 BC. It is the oldest form of economic contract and was first used by the tribal people from Mesopotamia and was later practiced by Phoenicians. To people living in numerous other towns located beyond oceans, Phoenicians traded products. This monetary medium of exchange was also refined by the Babylonians. Meals, teas, swords, and spices were traded for commodities. Human skulls were also occasionally used. One commonly traded item was salt. Roman soldiers’ earnings were actually paid in salt because it was so precious. Europeans moved all across the world throughout the Middle Ages to trade goods like silks and scents for furs and handicrafts. Grain, deer skins, and musket balls were traded in America. Bartering did not stop when currency was created; rather, it became more structured.

The barter exchange became common in the 1930s around the time of the Great Depression as a result of a lack of currency. It was employed to purchase food and a number of other services. It was carried out by teams or between individuals acting like banks. If any things were sold, the buyer’s account would’ve been debited and the owner would get a credit.

When we examine the characteristics of bartering, we notice a particular set of requirements for a structure to qualify as barter. Recognizing what barter is requires knowledge of if both participants exchange things, the worth of the goods traded, and a basic kind of personal credit.

Exchange of Products or Services

Two parties or more must get in touch to engage in trade within a barter deal. Even with groups of more than two persons, barter deals are possible.

Money or cash is not used or represented in a barter system. Only when individuals trade items without utilizing any type of standardized money is it considered barter.

In the past, bartering required that both the parties own the commodities or skills that the other is seeking. This wouldn’t be feasible a lot of the time. The personal credit system was created as a result.

In this context, “personal credit” pertains to the interest-free financing provided to repeat buying or selling. It is a trademark of the delayed payment system in a bartering system and incorporates a factor of trust.

Although the above mentioned features are typically vital for a barter trade, contemporary barter trade comprises much more and offers institutional and legal security for both businesses and individuals. The days of two parties arguing about the prices of their own goods are long gone.

A B2B model is where the contemporary barter system has been most frequently found. Just the barter system is feasible among organizations in the world today, when customers and producers are becoming progressively cut off from one another to the point where many customers are not aware who they are purchasing from.

Why Is It Crucial 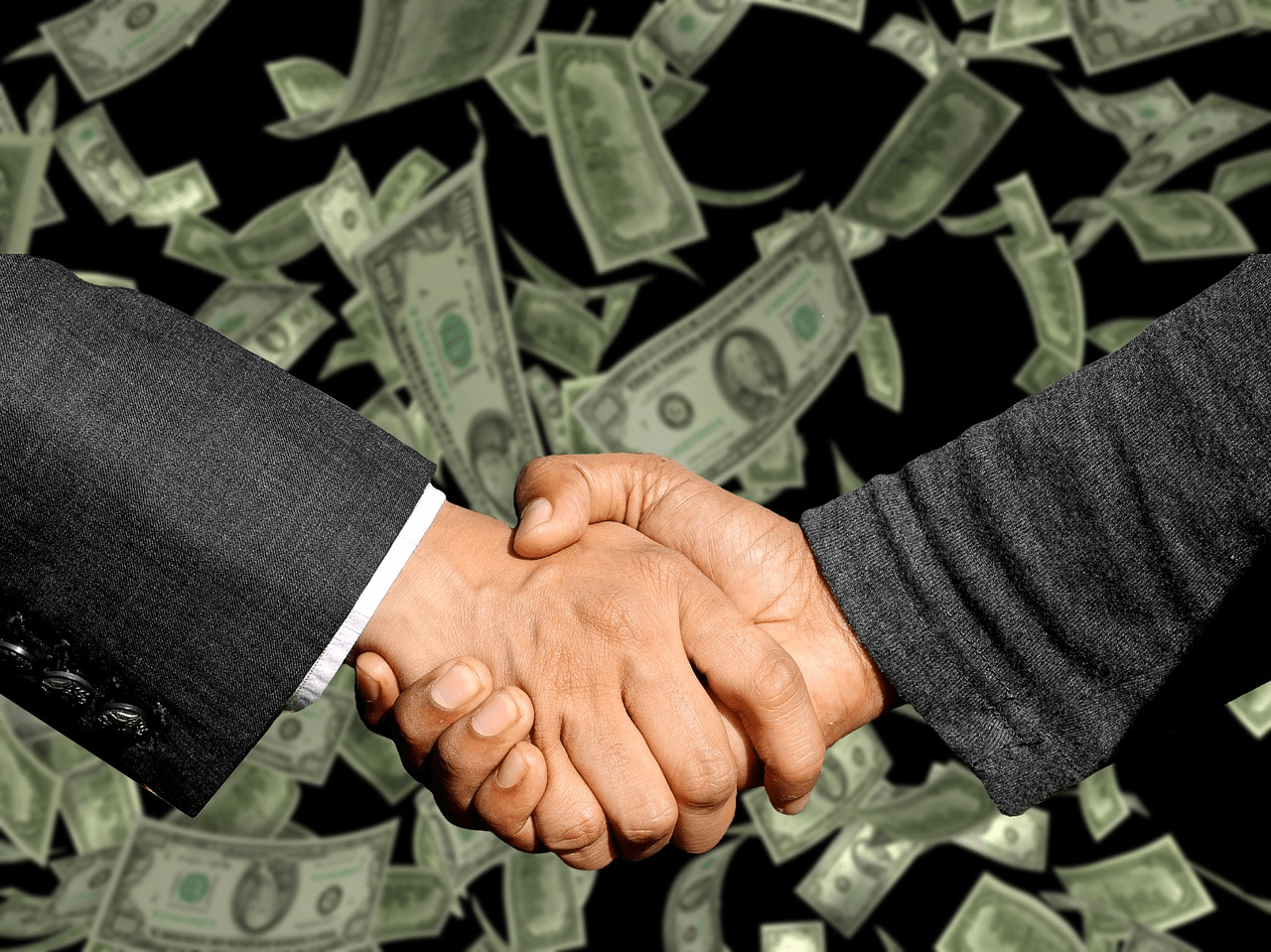 Certainly, the main advantage of barter is that you can use another company’s goods or internal revenue service without having to spend any of your hard-earned money. Since cash flow is always important, this is a way to get benefit without making purchases, hence it should come as no surprise that internet barter exchanges have seen significant development since the outbreak of Corona Virus. By adding monetary value to areas of your company that might not have been utilized previously, you can also expand your network and build your brand’s recognition.

However, you must exercise extreme caution when it comes to your offers, requests, and the people you barter with. At  times people wind up trading away power they truly need for their clients since the value of the transferred commodities does not really measure up. 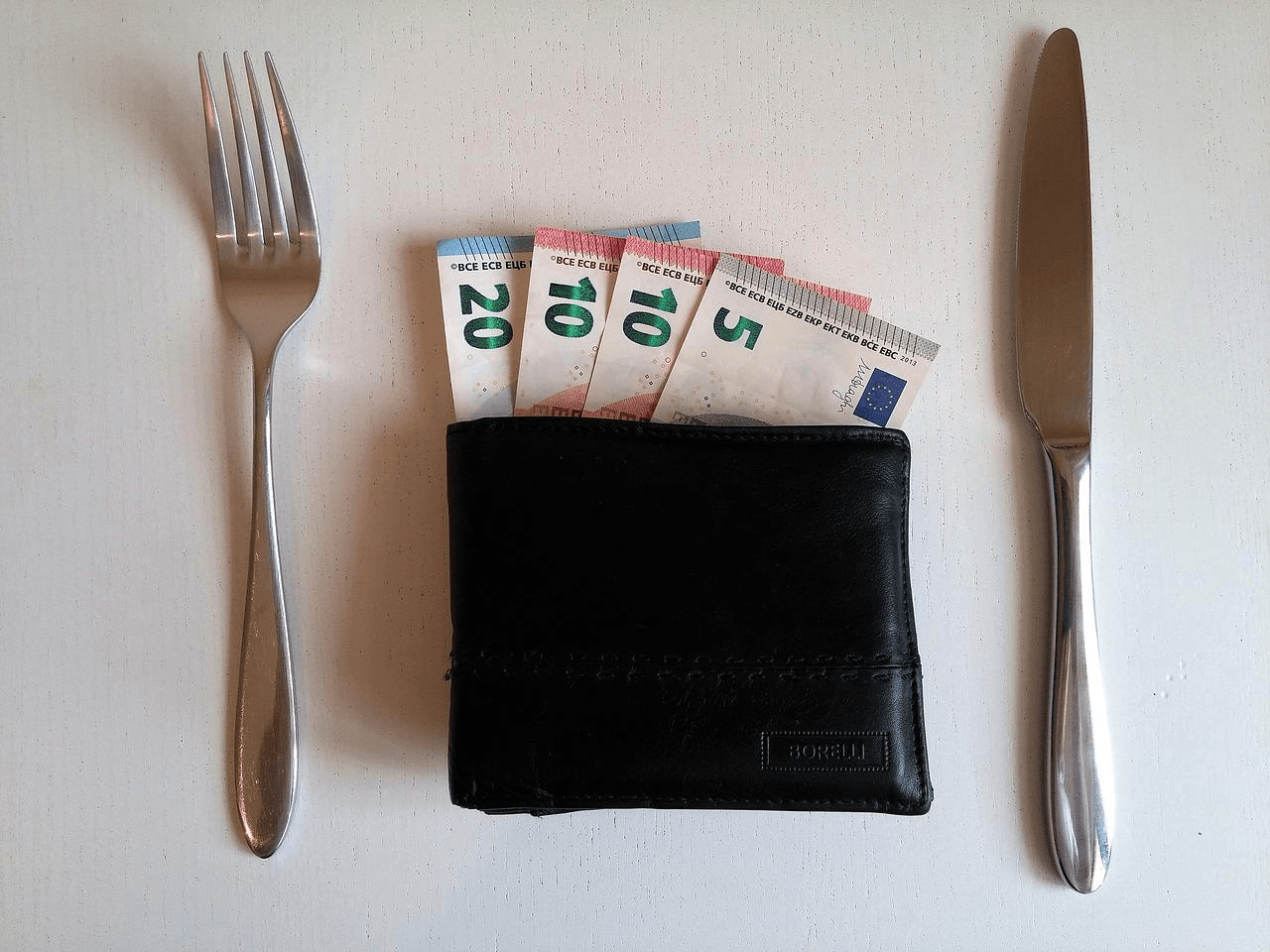 There are many ways that a bartering system is different from international monetary systems. The main distinction between a monetary economy and a bartering system is that the former employs an agreement of medium of exchange—paper money or coins—instead of simply the exchange of goods and services via barter.

The bartering system is still used in places where currency cannot be, given its evident shortcomings in the current century as well as its limitation of lacking universal applicability. Barter and money are kind of like two sides of the same coin; if one doesn’t work, you switch to the other.

The barter economy prevails in times of monetary crisis when money loses its value and hyperinflation persists in a state, enabling people to live relatively stable lifestyles. In the current times, through learning, self-regulation, integrity, and government affairs, the nonprofit organization International Reciprocal Trade Association works to advance high standards of conduct in business trading systems. Online barter exchanges are the new thing in the contemporary world.

However, money plays the most important role in the economy’s everyday operations, particularly in this contemporary period of globalization and liberalization. Million dollar transactions, the creation of jobs, and international trade all happen because of money.

Regardless of the fact that every country has a unique monetary system, their relative security and the capability to be compared to either precious metals like gold or even the US currency leads to more accurate comparisons and facilitates trade.

Nevertheless, barter transactions still hold a significant amount of value in rural and remote communities. Barter exchanges continue to be dominant in places where ideas of currency and centralization are still foreign to people on the lower strata of society.

Additionally, the exchange of goods or services frequently prevails in rural or hilly places, where money itself has little intrinsic fair market value. It is costly to utilize money to purchase products and services in certain places and cases.

Setting Up A Barter System

Choose whatever you can provide

Before even determining what you can offer, don’t waste time pondering what you can receive. Make a list of every asset your company has, from what it actually accomplishes to what it needs to run, and figure out how much you’d afford to give away in each category. It may be a good or service you offer, your time, or even available location.

You’ll have to determine their proper value in addition to the quantity of time or units you can exchange. Despite the fact that this is an imperfect science, you must arrive at a ballpark estimate so that you can find something of similar worth to trade it with.

Identify what you want

Generally speaking, if you had sufficient money, these ought to be items you might buy with cash. Before shopping, determine whatever you really need to avoid buying something unnecessary. Make a list of all the barterable goods or services that might actually help your company. Then decide just one or two concepts to develop. Pick the ones which your organization most desperately requires and that offer the greatest potential for growth.

Take a direct partner into consideration

It may be argued that, especially if you’re a beginner, you must thoroughly examine this choice before turning to a barter transaction. It’s more private, free, and provides a chance for fruitful networking. Consider the founders with whom you already have relationships (other than as customers) or whom you have been wanting to contact for some time, and try to initiate some early talks.

Or locate a trade

Both online or offline bartering transactions are common. Some would be included in the standards organizations’ membership directories. This demonstrates their legitimacy, but you should also investigate if they specialize in smaller business trading goods, if they charge membership dues or have built-in perks, read reviews, learn about their membership demographics, and inquire about what and how frequently they exchange.

Do some research on the company you’re engaging with

It’s time to conduct some research. If you’re directly interacting with someone with whom you already have a connection, this will not be as important, but if you’re utilizing an exchange, you’ll need to ensure they’re legitimate. This manual is a helpful place to start. A company’s online presence can also give you a good idea of its philosophy.

Speak to the personnel of the other business to evaluate whether it is legitimate. Organizing a meeting for speculators to discuss various possibilities, including bartering, is one possibility. If a barter is in the works, bring up quality, service, and accessibility during the discussion. Ensure that you are ready for their enquiries too.

Value is not really a static idea; depending on the audience you’re presenting to, it can fluctuate to some extent. In the end, you should arrive at a trade that feels equitable to both sides. A transaction that is too skewed in your favor should be avoided in hopes of avoiding feeling obligated or dealing with anger from the other company in the future.

You’ll likely need to consult a lawyer to draft an agreement in addition to conducting the usual legal and tax research. Prior to the exchange, decide on your objectives and how you’ll know whether they’ve been reached. Also, decide on the essentials of the conversation. Then move on.

When you’re short of cash or just want to make the most of the materials at your fingertips, bartering is a smart strategy for keeping your business moving forward. The same level of background investigation is required as if money were exchanging hands. Ensure you clearly understand the price and worth of both the gifts and services you are receiving. The agreement should be accepted by both sides and put in writing.