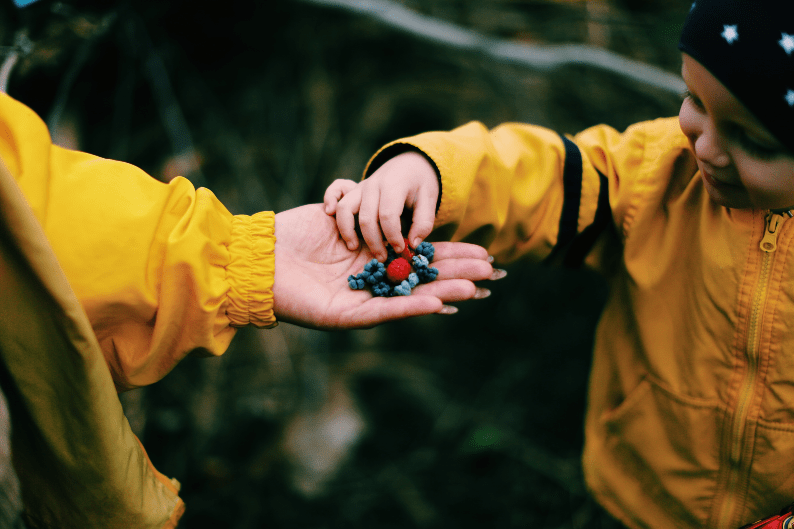 Traditional economy is the economic system in which culture and tradition decide what goods will be produced and how they will be distributed. A barter system, an equal exchange of goods without money, is a characteristic of such economic systems.

The existence of the barter system can be traced back to 6000BC. Since agriculture was one of the significant contributors to the market economy, exchanging one crop for another was feasible. People would exchange goods and services without using money.

But the barter system is now slowly making its comeback. Many businesses resort to this age-old system of bartering goods or services instead of using their working capital.

Let’s learn a few advantages of the barter system. Keep reading to understand how the modern barter system lets you enjoy these benefits.

What is the barter system?

If I had to say it in one line, bartering is an equal exchange of goods and services without using any currency. In traditional market economies, bartering happens on mutual understanding without any involvement of a third party. To complete a barter transaction, we need two parties who have something that the other one needs and are ready to exchange.

For instance, consider yourself a farmer. There is another farmer who deals in the poultry sector. The poultry farmer offers you a chicken and eggs and, in return, wants you to help him set up the coop for the chickens. This is how a barter transaction happens. As illustrated in the above example, there wasn’t any involvement of money, but the transaction still happened.

There are three ways to complete a barter transaction.

What were the benefits of this age-old system? 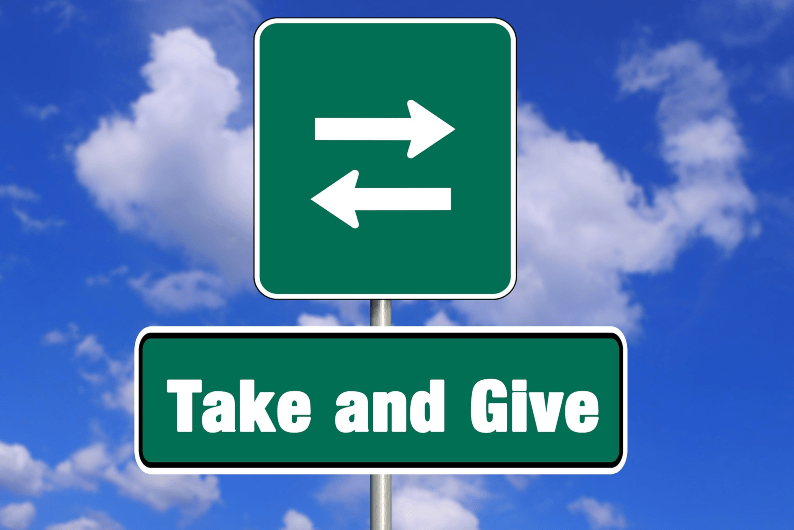 The barter system has a lot of advantages which is why it never vanished entirely. In some way or the other, exchanges without money still happened.

Avoids the concentration of power

You must own the goods to barter with someone else. While it is simple to store money physically or digitally, this is impossible with objects like fruits. Some physical items are perishable and require a lot of storage space. As a result, one person can only store a certain amount of items at their home before trading them for something new. Bartering thereby prevents a concentration of power.

The traditional system involving an equal exchange of tangible and intangible goods and services didn’t have complex procedures. These transactions would usually take place directly among the community members. For example, farmer communities can share crops or labor services to acquire goods or services they need. There is no governing body or documentation.

In a world with capitalist economies, the more demand we have, the more supply is produced. We produce large quantities of things that are in demand to enjoy profits. This is how we contribute to the depletion of natural resources and other environmental problems, such as industrial pollution. Most traditional economies, including the barter system, are environmentally friendly. People only produce as much as they need and only generate items they can exchange.

Unaffected by the global economic crisis

Generally, you perform barter transactions with the people in your vicinity. It would be your neighbor or someone within your group. So no matter what happens in the outside world, a group’s survival is never threatened. Their daily life continues without any hindrance.

If you think about our world, one economic crisis is enough to leave us all in shambles. Such a thing shall never happen in traditional economies as long as they can produce goods.

Although there are ample advantages of a traditional economy based on an equal exchange of goods, there were undoubtedly some drawbacks. For example, the trade happened within the community only. There is no scope for an individual to trade with someone outside their reach.

The modern barter system has tried to rectify these shortcomings and developed a system that can function along with modern economies.

In the modern barter system, you can find two methods of transaction:

An approach that mirrors the traditional economy definition is direct barter. Two parties exchange goods or services to acquire something they need and use up something they have in surplus.

Generally, businesses that depend on each other’s services take up this method. For example, suppose you are a truck company. You extend an offer to a specific automobile part seller to acquire some parts to manufacture trucks. For certain units of those parts, you’ll give them a truck to move their products from one place to another.

The limitation of this method is that there is no governing body and the deals happen on mutual understanding. There would be a lot of negotiation, and most likely, one party will enjoy more benefits than the other.

This is where the second approach in the modern barter system comes in.

Trade coins, a.k.a barter dollars, are used in modern barter exchanges to trade goods and services. These transactions are monitored and governed by the rules of the barter exchange to ensure that the benefits the two parties enjoy are equal.

Let’s take an example to understand this better. Say you are providing lawn mowing services. An IT company approaches you to provide your service in exchange for a said amount of trade coins. Once the transaction is complete, your account will get credited with trade coins. Now consider a company on the same barter exchange that provides accountancy services. You can use these trade coins and hire an accountant to help you with taxes.

The benefit of barter exchange is that you do not need to achieve the double coincidence of wants. You get or give what you want in exchange for trade coins and get done with it. It is easier, faster, and very convenient.

Barter exchanges also allow you to expand your reach. You can now trade with businesses worldwide and not just in your community. The possibilities are endless when you are using a barter exchange.

You need to know two things before you get excited and start bartering.

One is that every barter exchange has a membership fee, and the rules can differ slightly from others.

The second thing is that you must pay the central government tax. You might think you don’t have to pay tax if you barter since there is no money involved, but the truth is quite the opposite. The government now expects you to record all the barter transactions, whether you do it with or without trade coins. Capital gains tax applies to all these transactions.

There is one condition, though. If you trade things with your neighbors, it won’t be taxed, but if you get something from your neighbor for your business, that transaction can be taxed. Don’t get too disheartened. There are many tax deduction policies that you can use to reduce the taxable amount.

You can refer to the Internal Revenue Service’s official website for more information on tax levied on barter transactions. 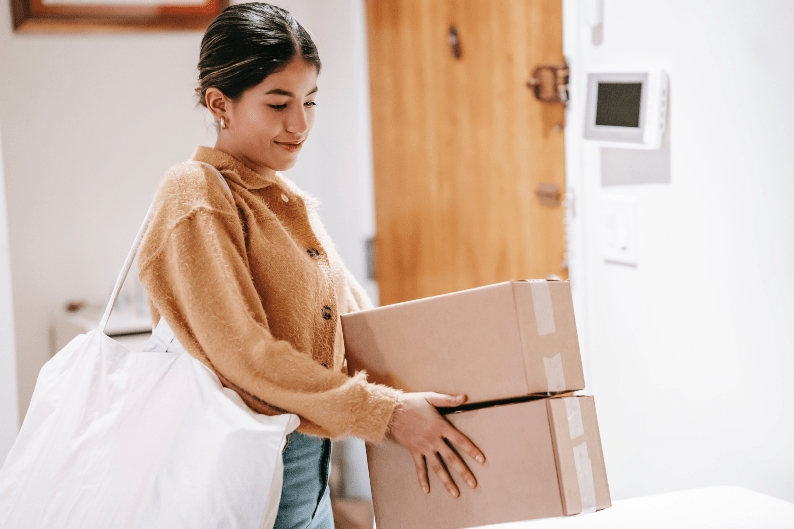 The modern barter system is well crafted to cover all loopholes of the traditional system. Here are some advantages you can now enjoy by bartering goods and services.

Stops surplus stock from getting wasted

How often have you estimated good demand after your marketing campaign, but the results turned out poorly? In such cases, all the surplus stock in your inventory would be have to be sold using a ridiculous offer or taken to the dump yard. Instead, you can try to sell this surplus inventory on a barter exchange and earn trade coins.

Getting funds is probably the most difficult task for new businesses. However, if you use a barter system to get certain goods or services, things can become easier. This is because using a barter exchange will free up your cash that you can use for other business activities.

Restricts exploitation of one party

One drawback of the traditional barter system is the lack of a governing body. Who will decide that a chicken and a few eggs are worth cleaning and trimming the entire lawn? It might seem like this deal is a bit unfair to one party. This issue gets resolved in modern barter exchanges, as it has a third party overseeing all transactions.

Every barter exchange has its rules and regulations. Moreover, there is a third party analyzing the transactions to make sure members do not exploit the other members on the exchange. It also allows small businesses to trade with the big fish in the market.

Can trade with people around the world

Barter exchanges introduce you to a new market with mixed economies. Unlike a traditional barter system where you can only trade with the members of your own community, modern barter exchanges allow you to trade with businesses you’ve never heard of.

No need to establish a double coincidence of wants

You don’t need to find someone who has something you need and would like to take something you are willing to give. You trade things in exchange for trade coins, and that is all. Use these coins to get stuff whenever you need something.

The barter system might have been a part of traditional economies, but it is a system that has the potential to coexist with the modern monetary system. The new amendments made to the conventional system make it even more efficient. No matter what kind of business you are in, there is no reason to ignore all the good things bartering offers.